A couple of weeks ago, I drafted the short post below, but never got round to publishing it. Then, the other day, the controversy over Rachel Dolezal broke out. So I wondered whether this might give me the opportunity, in fact, to address the issue after all. Accordingly I have redrafted it in the light of recent events, and the result is below.
__________

Our current view of sexuality and, more especially, of gender identity is that it is fluid. For example, someone born with all the physical attributes of a girl might, at an early stage or much later in life, feel that a male identity was more in keeping with their psychological and emotional outlook. For some this can be a tenuous feeling, for others it is the strongest indication that they* should take radical steps to correct – as they see it – the mistake of their physical birth-gender. Their first step is often to ‘live as’ a person of the other gender, presenting themselves socially, in appearance and behaviour, as one would expect from a person of that gender, expecting those people-in-the-street who don’t know them, simply to accept what they see. Modern, Western society is increasingly accepting of this fluidity of identity, although the subject still does attract controversy.

I want to ask this question: if gender, then why not other fundamental birth-attributes? Why not race? I can see that you’re shaking your head already, just like we all would have done a few generations ago at the idea that someone could identify with another gender, let alone change theirs to it.

When I was at school in the 1970s, I had a friend who was a James Joyce completist, and if asked for her ethnicity she would say ‘Pseudo-Irish’. I realise that this is a simple question of cultural affinity, and that whether she was by heritage English or Irish she would always be regarded as ‘white’, but on the other hand in these islands the distinction between ‘Celtic’ and ‘Saxon’ was serious, deep, and fundamental. No Irish Nationalist at the time would have seen her as anything but a ‘Brit’. Heads would be shaken at any suggestion that she identify with an ethnicity other than she one she was born and brought up in. 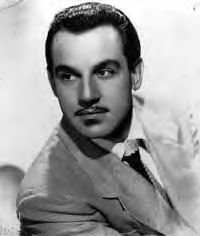 In 1921, in Vallejo, California, a son was born to Greek immigrant parents. His name was Ioannis Alexandres Veliotes. His father ran a grocery store in a predominantly African-American neighbourhood. Although his racial heritage was Mediterranean / Southern-European, he identified himself with the African-American community, and lived his life as one of them. He wrote, “As a kid I decided that if our society dictated that one had to be black or white, I would be black.”

No doubt his Mediterranean complexion and his dark hair helped to give the impression that his heritage genuinely included African, and his familiarity with black culture made it easy to fit in. Nevertheless it was a definite trans-racial identification. As ‘Johnny Otis’ he became a musician and bandleader, and was highly influential in R&B, an essentially African-American genre. As such, he was inducted into the Rock and Roll Hall of Fame and the Blues Hall of Fame in 1994.

Johnny Otis’s case was, until recently, exceptional. Incidences of trans-racial identification are far, far rarer than gender dysphoria – until the issues raised by Rachel Dolezal’s covert identification surfaced, the closest I could get was that of Johnny Clegg’s identification with Zulu culture in South Africa. However, when one considers that we are all one species, why should such a thing be a matter for head-shaking? I grant that this would be a problematic issue where there had been extremes of prejudice between the races concerned in someone’s identification – imagine an African-American who today identified as European-American, imagine the resistance to that idea amongst members of both race communities – but even in such scenarios, the overt action of Johnny Clegg and the covert action of Rachel Dolezal may be regarded as politically pioneering.

Seriously, if we ceased to regard matters such as race as fixed – exactly as we now do with gender – would race-hatred gradually lose its relevance in the world? Just think about that for a minute, consider it, ask yourself the question. At some time in the future, will all the opprobrium currently heaped on Rachel Dolezal change, in retrospect, to admiration?