The Phoenix Rising from its Ashes 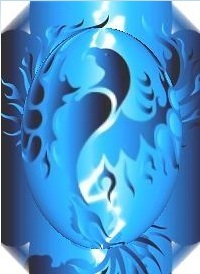 The Phoenix Rising from its Ashes is the title of the international anthology of sonnets for which I am one of the editorial team. The project has grown since its inception, to the extent that it will now be published in two volumes. The first will be the poems in English and French, the official non-Native languages of Canada, and is scheduled to be out by the end of 2012. The second volume will be of poems in other languages. That volume is expected to be on sale in spring 2013.

Working on this anthology has been a rewarding experience – a real labour of love. I have read hundreds of sonnets and have had to reject many which are remarkably strongly written. However, most of the kudos for this work should go and will go to Editor-in-Chief Richard Vallance and Co-Editor Jim Dunlap, whose continuing workloads far exceed those of the rest of the team.

I will post occasional news of The Phoenix here, along with news of other publications in which I might be involved either as author or editor. A propos that , I am now collecting work for the next online issue of the zen space. I am looking for original haiku and haiga, so please do feel free to get in touch. I recommend reading all the pages on the site before submitting.