But the fact of modern poetry’s being “hard to read” can be extolled as a virtue in and of itself […]. In writing that is propelled by sonic associations, for example, what one might call musicality, the result may, paradoxically, be a form of realism, giving the poem’s language material reality, palpability, presence, and worldliness. Such difficulty, even when it doesn’t produce conventional sense, may be engaging in its own right; or, from another point of view, it may be disengaging. It may be emblematic of resistance, elaborating a rejection and even a defiance of the production of totalizing and normalizing meanings, in resisting dogmatism, it may create spaces for ambiguity, provisionality, and difference. […] it may serve to roughen the surface of the work, so that it catches one’s attention, impedes one’s reading, wakes one up to reality. (Lyn Hejinian, The Language of Inquiry, p330)

I am grateful to a friend of mine for pointing me in the direction of the above quotation. It comes from a book of collected essays by one of the late 20c’s most challenging and fascinating poets, and one for whom I have a great regard. I say 20c, but of course Lyn Hejinian is still with us, and long may she remain. My reference was to the fact that it was in the 1970s that she, along with the likes of Barrett Watten, came to write a type of poetry that attempted to put the reader and the reader’s interpretation at the forefront of the creative process.

I have often, in conversation and on line, mentioned Roland Barthes’ famous essay ‘The Death of the Author’. These days it has become fashionable to scoff at Barthes, but for me he will always remain someone who forced home the important lesson that it is impossible to isolate The Great Poet-Goddess and Her Great Work from what came before and what comes after, that this Great Work is a work of a moment’s completion, after which it is totally free of the further influence of the Great Poet-Goddess, and is the property of all of us.

And that last phrase – ‘the property of all of us’ – is a principle that drives much of my poetry these days. I write for everybody. I write my poetry to turn it over to you. That doesn’t mean it’s easy to read. ‘Accessibility’ isn’t the point. Everything is inaccessible until you access it, and to access something doesn’t necessarily means you’ll instantly ‘get’ it.

People seem to think that it’s all right to be really into, say, Wagner, and yet also listen to Country & Western, and Trance. But not the other way round, for some reason. That’s where class and intellectual snobbery rear their ugly heads, and conversely intellectual reverse-snobbery too – yes, it works both ways. And all of this makes people feel that they can’t pick up something outside their comfort zone. We fear the facile and we fear the difficult. 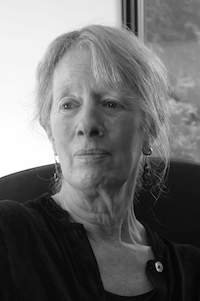 But my message today is that difficulty belongs to all of us. Lyn Hejinian’s words at the head of this blog post seem, at first sight, not to offer much satisfaction. They are not a key to interpreting the intentions of a ‘difficult’ poet’s work, they seem to leave all that up in the air – it might be this, it might be that, it might be the other. But that is nothing more nor less than openness. It is an invitation to take a piece of ‘difficult’ poetry (or art, or music, or whatever) and run with it. If you don’t ‘get’ all of it, so what? Get what you can, make something out of it, play with the words and with the associations they spark in your own mind.

My poetry, at least some of it, resides here. Pick it up and run with it. It’s yours.